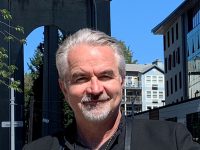 Daniel J. Glenn, AIA, NCARB, is a nationally recognized expert in culturally responsive architecture and in green affordable housing with a focus on work for diverse cultures. Mr. Glenn’s work reflects his Crow tribal heritage. He has been featured in the film, Indigenous Architecture / Living Architecture, and four of his tribal projects have been featured in the book, Design Re-Imagined: New Architecture on Indigenous Lands published in 2013 by the University of Minnesota Press. He was selected to be on a national technical advisory team on greening Indian housing for the HUD Sustainable Construction in Indian Country program and is a regularly invited speaker at conferences and universities. His projects include the University of Montana Payne Family Native American Center, a LEED Platinum project and the Place of Hidden Waters for the Puyallup Tribe, the 2012 LEED for Homes Project of the Year.